7 Facts About Thermal Paper - Number 4 Will Blow Your Mind

Unless your next purchase is on the dark web, you will more than likely receive a physical receipt the next time you buy goods or services. Some businesses offer to email you a copy of your receipt but only after a ham-handed Morse code tap dance on their grimy card reader. On its surface, this is an alluring idea; a detached ledger located deep in the catacombs of your long-neglected “purchases” email folder. With this thought in mind, perhaps you revel in your moment of glory after your third attempt of entering your email address. More likely, however, is your realization that those are 4 minutes of your life you will never get back. Defeated, you retire yourself to the idea of collecting paper receipts for the rest of your life, religiously cycling out your file cabinet’s contents every seven years on the inappreciable chance that your tax authority decides to audit you.

But worry not! We have collected an assortment of facts about thermal paper that inspire you to forgo digital receipts and continue to hoard these ghosts of money that once belonged to us.

Chemically speaking, this is a dye that can switch between two distinct colors. One of these colors is actually transparent which is the deactivated state of the dye. On a molecular level, this is a fascinating state in which the molecules cannot absorb photons, hence the lack of color. This means the chemical process that causes the dye to become visible is really quite impressive! When activated, the dye’s molecules actually shift into a more flattened structure, become more stable, and then finally gain the ability to absorb some of those delicious photons. In the case of thermal printing, the catalyst is an acid found in the coating of the paper. This acid exists in a solid state until a certain temperature is reached. At this point, the dye is activated, the acid rapidly loses energy, and the dye is preserved like a tiny fossil on your receipt. Get a few tens of thousands of these and you have yourself a good-looking receipt. Thermal print heads, such as the one found in Pyramid’s Reliance Thermal Printer, can precisely apply heat to hundreds of 1/8mm resolution pixels in parallel to create a momentary deluge of impressive chemical engineering - all within a 3-year warranty.

#2 The Print Catalyst Was Originally Used as an Antiseptic

The dye’s activating ingredient is actually a phenol which was discovered in 1834. For reasons that can only be summed up as “What the heck was going on back then?”, this compound along with many others found their way into some ill-advised health remedies. Granted, we have the luxury of hindsight with the likes of DEET, Chlorofluorocarbon (think 90’s ozone holes), and leeches, phenols should probably not be used in internal medicine. However, this magnificent compound laid the groundwork for future plastics development and some other less deadly medications that make modern life bearable. So there, it’s not all bad, is it?

#3 Heat Is a Relative Term

Certain paper coatings have compositions that allow them to be activated by more than just conventional heat. You’ve more than likely seen your cashier use their finger to circle how much money you saved (by spending more money) at the bottom of your receipt. It turns out that simple friction is enough to activate the dye which is pretty righteous. More impressive, however, are the alternative chemical techniques you can use to tone your thermal paper. A similar reaction can be reproduced with a solvent such as rubbing alcohol. As long as the solvent evaporates at room temperature the trick will work. Pour some solvent into a container that you can cover with a length of thermal paper. Once you cover the container, you will see the paper slowly darken as the solvent evaporates and makes contact with the paper catalyst. Keep this container away from ignition sources or else you will see a very immediate and scorchy reaction.

#4 Thermal Paper Rotates Around a Spindle

Not everything has to focus on science so let’s geek out on some literature. The word spindle originates from the Old English word spinel which is derived from the root word spin. I guess you could say everything circles back in the end.

Spindle, as an English word, has a tumultuous history spanning nearly five centuries. There was an inexplicable - no, meteoric rise in popularity in 1593 that appears to coincide with a rise in published research on Crystallography, the science of crystalline structure. After briefly enjoying popularity, this word fell back into obscurity before returning some 200 years later around the time of the American Revolution (you know, like a spindle). Nothing truly remarkable happened until the year 1915 when there was apparently some kind of hive-mind realization regarding the practical applications of spindles. Patent records in both America and Canada show a tremendous amount of occurrences of this word during that period. Perhaps most interesting is that we are on the precipice of a new resurgence of the word spindle. Take comfort in the knowledge that you are consuming words that are helping keep this half-millennia old word limping along.

Back to the science! Using a volume formula, some critical thinking, and glossing over the gory details of compression and polymer stretch, we can arrive at a fairly accurate formula for determining approximately how much paper is on your paper spindle. We’ll start the the the fact that a roll of paper is a neat little cylinder. Conveniently, the core is also a cylinder so we can basically say the total volume of paper is the volume of the paper minus the volume of the spindle. You’re probably wondering what good does volume do us when we need a two-dimensional distance? Valid question! Imagine a cross-section of this paper cylinder (minus the spindle core). You have a rectangle, right? This rectangle has a width, perhaps 80mm if you are using our Reliance Thermal Printer, and a height of 100mm (6” roll - 4” core). This height is really the paper thickness multiplied the number of rotations around the core. We can gloss over some of the calculus and derive a rather clean binomial by equating the area of our imaginary cross section to our simplified volume formula. What we’re left with is a formula that takes three parameters as input, and generates the resulting roll length in meters.

An interesting application is to apply a maximization function on this formula to show the diminishing returns of having a narrow spindle. Anyone that has spent time with thermal printers knows that paper at the end of the role will jam your printer. Our graph below shows that a core diameter between 0 and 15mm has a negligible impact on the total length of paper your receive on your roll. Of course, if you use the Reliance Thermal Printer, you print all day every day right down to the last piece of paper on your roll. Talk about maximizing your functionality.

#6 The Longest Official Receipt Ever Printed was 57.5 Feet

The reliance can print this length of a ticket in 79.6 seconds! With a 4” roll, a 2” core, and 60-gram paper, you could print about five of these receipts. Had we known there was a record, our engineering team would have kept around some of our test tickets from our million-ticket print-o-thon! We work tirelessly to continuously life-test and improve our entire product line. Think of it as classic Roman concrete - we’re always getting stronger.

#7 You Might Not Want To Take Your Receipts Into Space

Space is the final frontier and it is not yet ready for the creature-comforts of Earth, including our beloved receipts. Another method of activating thermal paper is through UV exposure as you’ve probably seen after leaving a receipt on your dashboard. Earth’s atmosphere filters out the harmful UV-C (the kill-you kind) and most of UV-B (the red-as-a-lobster kind). Additionally, some astral bodies produce EUV (extreme UV) which is an ionizing radiation. If you encounter this, losing your gas receipt is the least of your worries. Our team has not road mapped any plans for hardening our products against ionizing radiation but we’re always open to new challenges.

Armed with this knowledge, you may now confidently decline those digital receipts and continue to hoard thermal printed receipts to appease the fiduciary gods. Pyramid Technologies is home to experts on huge range of subjects so when you have problems, we have solutions. ◽ 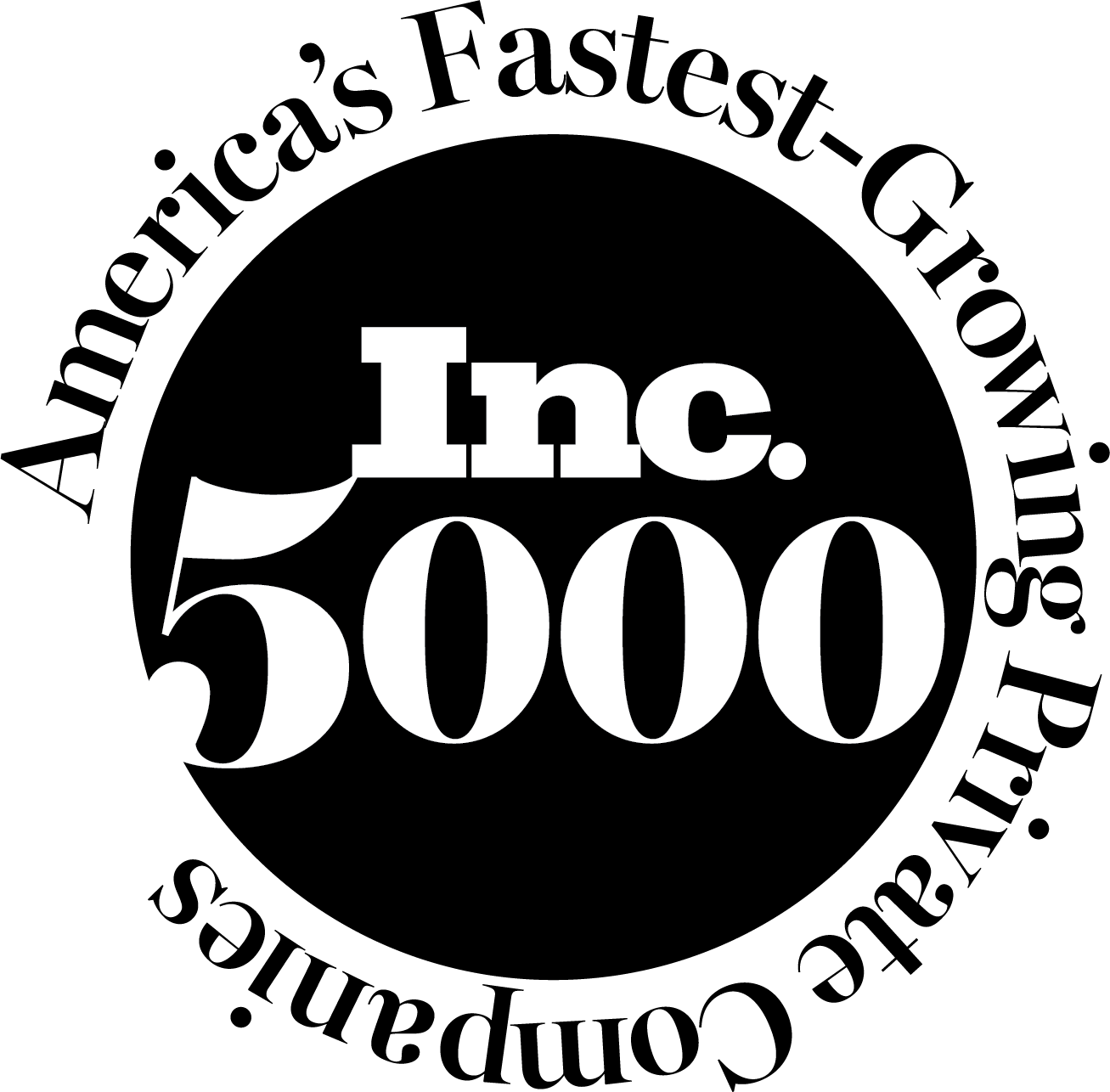 PTI is honored to have made the Inc. 5000 fastest-growing companies list for 2019.

Thank you for your support.